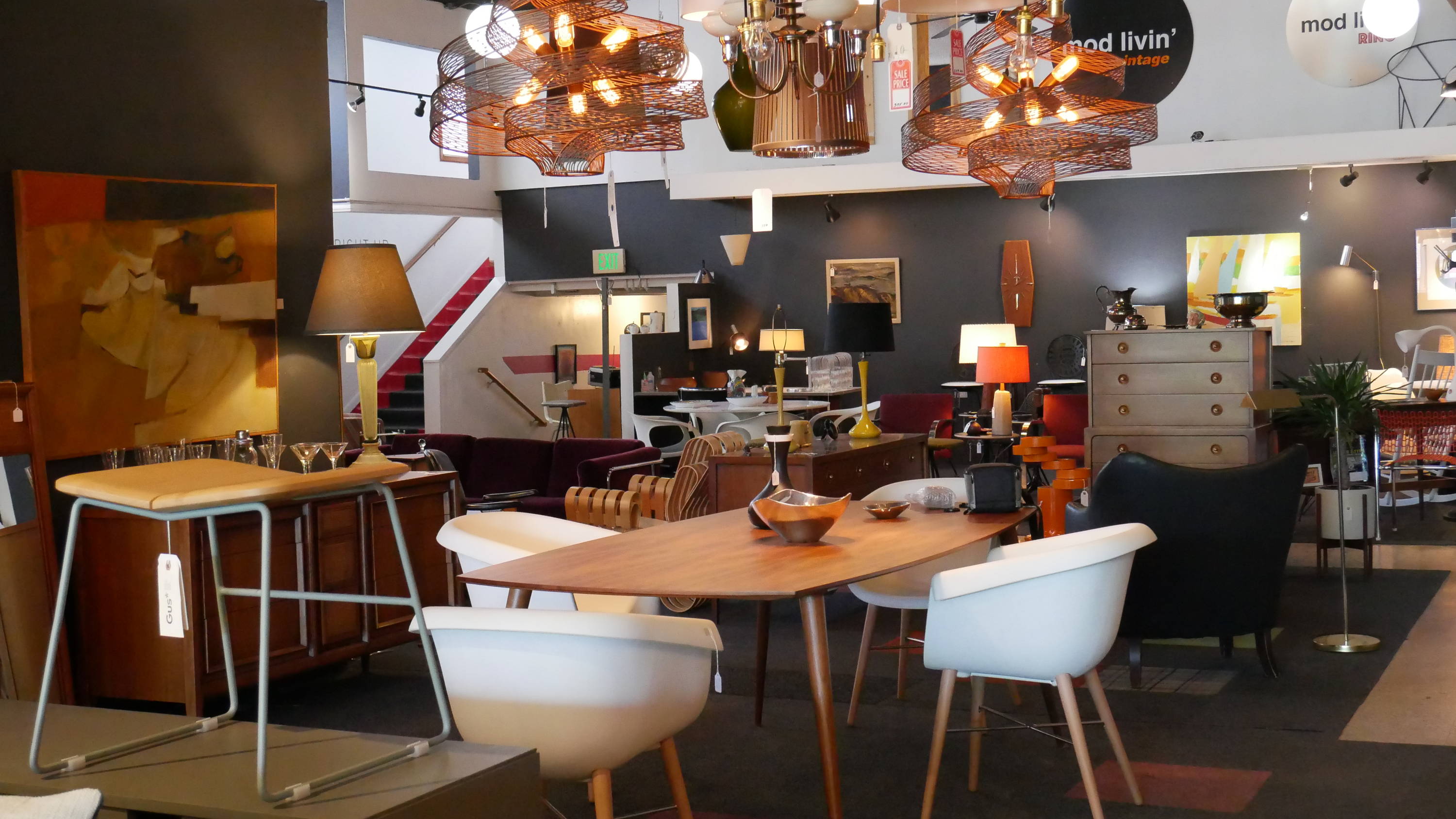 mod livin' opened its doors in the Summer of 2001, in the historic Park Hill neighborhood in Denver.

With 10,000 square feet of space and 3 showrooms, mod livin' is a premier outlet for mid-century new and vintage furniture and accessories with a broad selection of price points to accommodate every budget, from the college student to the most selective designer.

mod livin' has collaborated on projects for the Denver University School of Film, the Art Institute of Colorado, and the Westwood Design Collaborative as well as provided furniture to such media productions as Design on a Dime, Extreme Makeover/Home Edition and MTV's Real World.

I've been a vintage dealer with Mod Livin’ nearly since day one, almost 20 years ago. My fondness for good design began as I tried my hand creating art/design early in life. Several career and personal detours eventually led me to procuring/selling design as a vintage dealer of decorative arts when modlivin’ opened in 2001.

I am lucky to be working with good friends, while being surrounded by wonderful design. The thrill of acquiring and re-homing great objects remains as rewarding today as it was 15 years ago. I have always loved the appeal to the senses of a great design whether an automobile, a motorcycle, a bicycle, or furnishings. All are my weaknesses.

Good design should excite and energize. It's a privilege to bring that to the marketplace and into someone’s home."