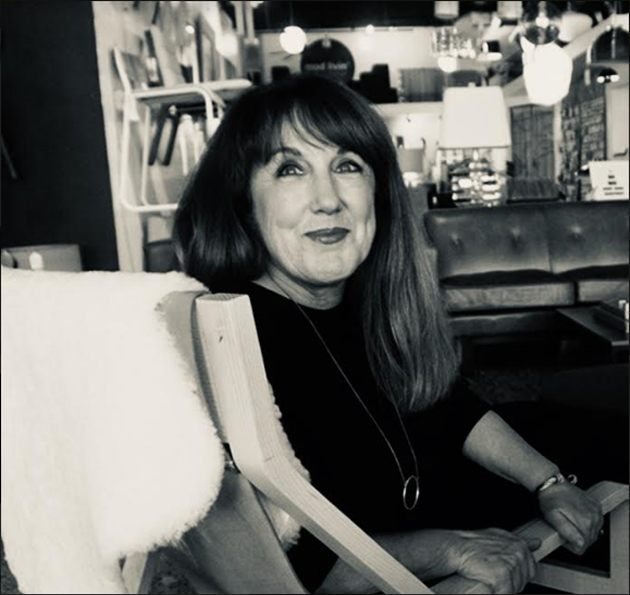 I was born and raised in Portland, Oregon and called the west coast home until the late 70's I spent about a decade gypsying around the world spending time living in Australia, New Zealand, Greece, England, France and Spain.

My 30th birthday left me ready for a more traditional home base (traditional might be relative), and with some prompting from a girlfriend I applied for a job with Continental Airlines as a flight attendant. Within about two months of being based in Denver, I was set up on a blind date with a man named Erick Roorda. This is a part of my story where I humbly and gratefully understand our life is the exception and not the rule: Erick and I moved in together after our first date. We had our first joint checking account in a couple of weeks, and we bought our first home together in a few months.

We started Mod Livin’ about 20 years later because Erick (who also worked for Continental) was ready for a change. In the first week our store was open (in the very same location where it stands now on East Colfax in Denver’s Park Hill neighborhood) we had a drunk driver plow his entire car through the front of our showroom, stopping somewhere in the middle. He was okay, though our building was not. Luckily we were on site in about five seconds to help since we were living in the showroom at the time. We had tied up all our cash buying the 10,000 square foot space and starting the business, so we had an upstairs loft that we had converted into a little apartment. After a lot of cleanup, rebuilding, and a bit of crying, we were up-and-running for take two, which luckily, went a bit smoother.

Eventually our website came to be, though it wasn’t exactly an intentional step. We just loved what we were doing, and liked helping folks in other states find what they were searching for. Now, many remodels of both the showroom and this website later, we’re proud that Mod Livin’ has managed to make it and continue to grow for nineteen years. I am also proud that through it all Erick and I have managed to also make it and continue to grow for nearly 30 years.

Thanks for spending time getting to know us; we appreciate our customers and know if it weren’t for you our story wouldn’t be the same

I'm the guy behind the curtain who makes it happen on the website. In addition to that, my job includes placing orders, taking orders, tracking orders and arranging shipments. I enjoy all things having to do with customer service (which, happily, happens to be my background). Business is booming, so I've also been pressed into being one of Denver's top delivery drivers and website facilitator. It's a pleasure to see our client's eyes light up when they see their new furnishings in place! I enjoy quirky pop-culture, listening to Hendrix and painting the walls orange. I'm a Denver native, and my business is the only hobby I have time for; but, on a nice summer day, you might catch me in my Nova convertible going like a bat out of hell. My wife Jill and I have been in business at Mod Livin' for almost 20 years, both having come from the airline industry. The support from the community has been fantastic and we're very grateful for our friends, fellow associates and customers! 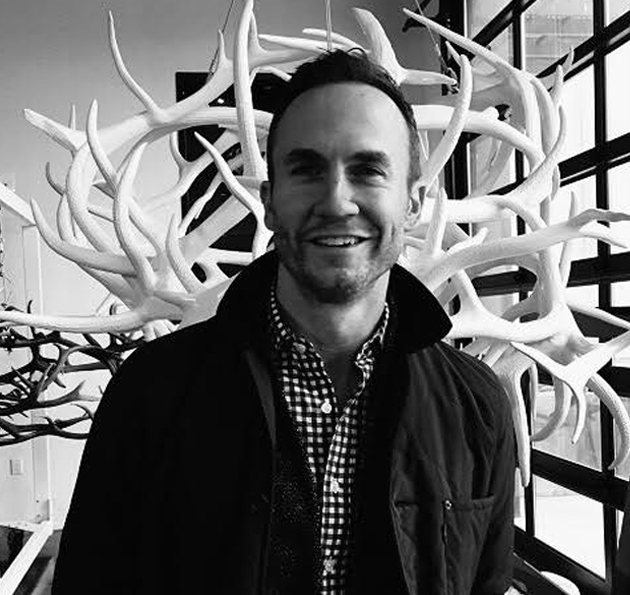 I believe furniture, and the home it’s presented in, tells a story. It’s a reflection of the folks who reside there. My favorite MCM designs? It’s a difficult to say. The Bertoia Diamond Chair, the Pollack Arm Chair, the Platner Arm Chair. Mid century modern designers set a standard rooted in innovation and well imagined pieces.

The best part of my job? #1 - OUR MOD LIVIN’ CUSTOMERS! They’re wonderful. I love helping our customers introduce new design elements into their homes/lives. #2 - The Mod Livin’ TEAM! They’re a d-r-e-a-m! Such talent! You have to see them in action. I’m so lucky to work with - and be inspired by - them on a daily basis. #3 - Our product lines! I love having the opportunity to merchandise, design and weave our brands into handsome vignettes. Jill Warner, the matriarch of Mod Livin’, brought me into the fold, and I couldn’t be happier to be here! 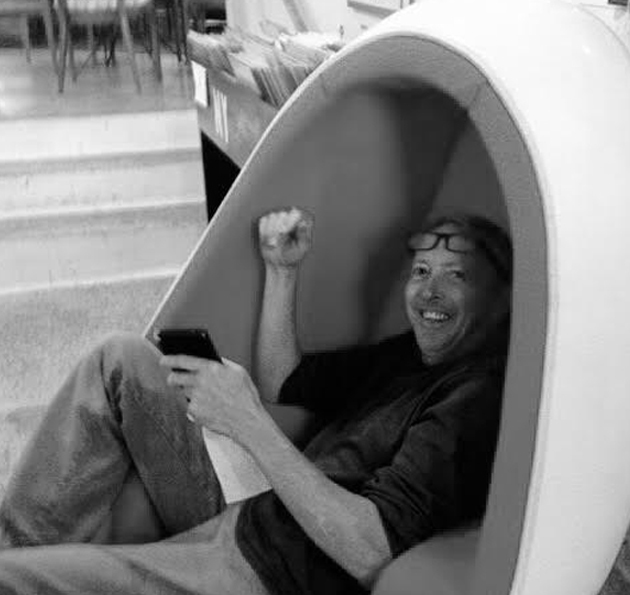 My name is John. I've been a vintage dealer with Mod Livin’ nearly since day one, almost 20 years ago. My fondness for good design began as I tried my hand creating art/design early in life. Several career and personal detours eventually led me to procuring/selling design as a vintage dealer of decorative arts when Jill and her husband, Erick, opened Mod Livin’ in 2001.

I am lucky to be working with good friends, while being surrounded by wonderful design. The thrill of acquiring and re-homing great objects remains as rewarding today as it was 15 years ago. I have always loved the appeal to the senses of a great design whether an automobile, a motorcycle, a bicycle, or furnishings. All are my weaknesses.

My favorite vintage "mid-century" design? There are so many "lust worthy" objects. I really like 70's mod design, but have a soft spot for the "swan chair" (1958) by Danish architect Arne Jacobsen. It's beautiful, attainable, inviting, and comfortable and makes everyone who sees it smile. Unfortunately it's widely and poorly copied which makes owning an original that much better.

Good design should excite and energize. It's a privilege to bring that to the marketplace and into someone’s home. 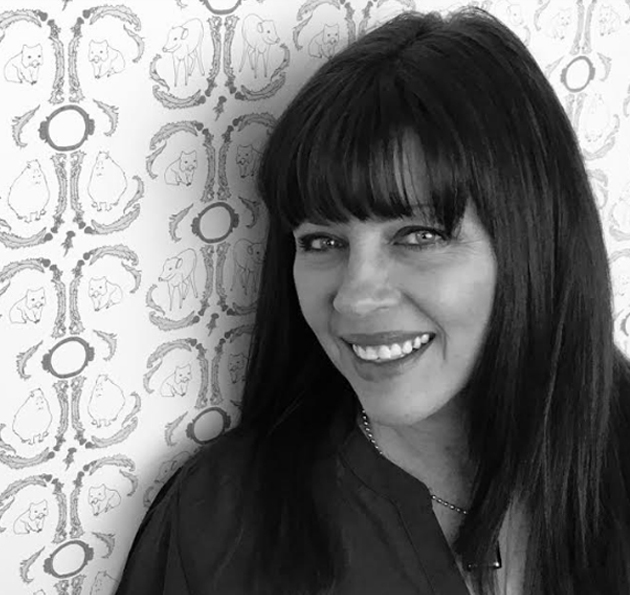 I am a novice collector and fan of mid century modern design. I met Jill and Erick shortly after Mod Livin’ opened, in 2001. Our first piece of Heywood Wakefield was purchased there, and set us on our path of being Hey-Wake junkies.

I have 1 husband (semi-retired), 2 adult sons (a Marine Officer, and a college student), 4 dogs (3 mini-doxies and 1 glorious mutt), and (at the time of this writing) 2 really old black cats.

Thankfully, my dear husband is a fan of all things MCM, too. In our spare time we rehab trailers, camp whenever possible, and pick up dog poop. I enjoy writing, college football, dirty martini’s, discovering new and odd ball collections, and surfing the ‘net for MCM eye-candy. The Mod Livin’ crew is a wacky and wonderful bunch, and Denver is lucky to have them.. 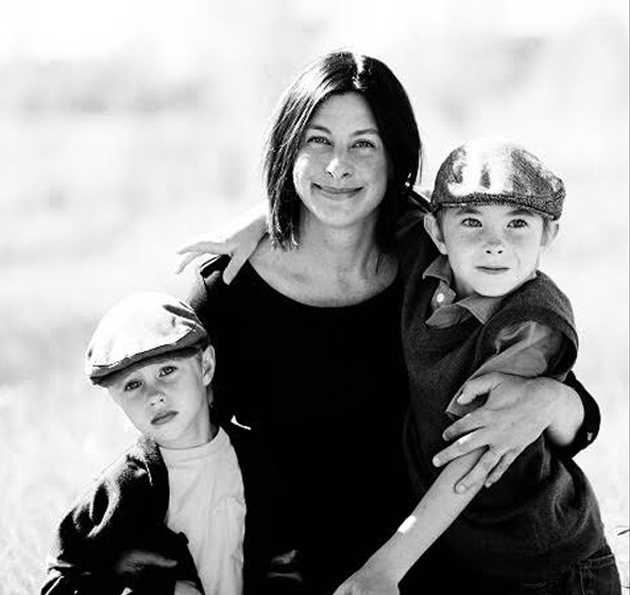 My journey at Mod Livin' began as a customer. With a love for vintage and midcentury modern design, specifically Danish modern, I would come into Mod Livin' now and then and peruse the vintage collection, bringing home some fabulous finds over the years. When the opportunity presented itself to become a part of the team, I was ecstatic. Working with the Mod Livin' crew is a total delight. They're truly the best of the best. And the customers are the best of the best, too.

Outside of Mod Livin' I can often be found behind the lens. I have a passion for shooting fine art photography and portraiture. My two favorite subjects are my sons, Theo (age 11) and Sully (age 9). I also love to travel, tend to my garden, cook, and read. At the end of the day, I love a perfect Manhattan. I come from the white sand beaches of Florida, but married a Coloradan. In addition to our sons, we have an Aussie mix named June and two rad cats, Fergus and Flora.

The two pieces of vintage design I'm still waiting to come through the Mod Livin' doors to add to my own personal collection? An Eero Saarinen dining table and a womb chair. 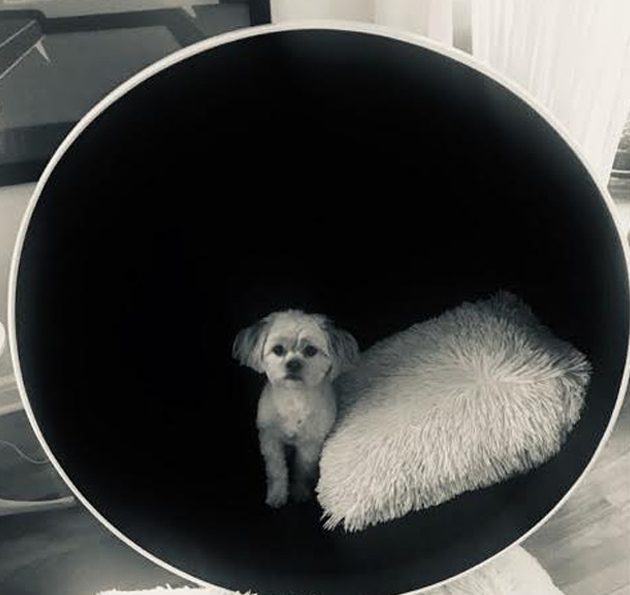 Reuben has the special ability to find the most comforable place in Mod livin. One day he could be spending the afternoon on the blu dot sunday sofa, next day on a Gus modern Margo lounge chair. You can be assured that if Reuben gives it his approval, it will be a favorite in your home.

Get the latest updates on new products and upcoming sales